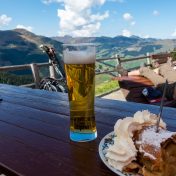 In September 2021, COVID was still keeping the world in its grasp. I could still not do the regular vacation I was used to, so I decided to step in my car again and start driving. This time, I did have a first destination though, by driving to Krakow, Poland, in two days to attend the Film Music Festival, which… Read more » 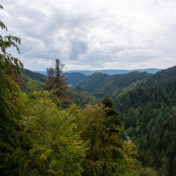 A regular vacation was not possible because of the COVID19 pandemic. Since I still wanted to leave the house, where I am also working from nowadays, I decided to just get into my car and drive to places: To see where the journey will take me, and how long it will take for me to get bored of it, or… Read more » 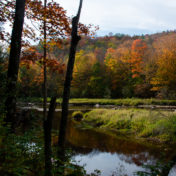 Sunday, September 15 Cloudy/Rain 15C – After a decent night of sleep in a hotel in Leiden, Stefan and I left for the airport. When we finished breakfast in the new lounge at Schiphol airport and a relaxing flight, we arrived at our destination Toronto, Canada, while it was pouring rain outside. The forecast had promised us a sunny day… Read more »

Dag 1 – September 2, 2017 In Cuba: warm with some clouds The start of the trip was a bit of an administration horror, I had problems getting a parking ticket at the airport. Even getting a train ticket as the alternative was a problem, but at the last minute I could fix the parking reservation at Schiphol and could… Read more »

Day 1: Hotel on the water To get to Scotland we had to take the ferry from IJmuiden to Newcastle. The trip is pretty long so we had our own cabin with bunk beds to spend the night. The boat was pretty full. Mainly with older folks. Some of them were with a bike. Midlife crisis maybe? The boat had… Read more »

It was time for a face-lift for this blog. I think the theme I made was like 10 years old now. So this time a was a bit more lazy and just lifted a nice wordpress theme from the shelves. I hope you like it. My posts should now be visible on all devices without a problem.

And here the report I have written for StreamingSoundtracks for Fimucite last September. For the tenth time a film music festival was held on the Spanish Island Tenerife. It started as a dream of conductor, composer and SST friend Diego Navarro. Now after ten times it grown into a very nice international film music festival. The main two main concerts… Read more »

This is the report I have written for StreamingSoundtracks in May. Day 1 and 2: Scoring4Polanski The first two days of this year’s concert was Scoring4Polanski where music of the director Roman Polanski was played. This concert was done twice: on the first day in Katowice where only one member of our group went. The rest went to the standard… Read more »

It was the first time for me to go on an organized trip by myself. I went once with a friend to Egypt. This trip was fully organized. The drawback was that we were the only ones below 60 in that group. It was a fun holiday but I did not want to have that again. My choice for this… Read more »

Day 21: Saying goodbye to Lucy and bussing along The morning started with a busy and hectic breakfast at Lucyâ€™s because everyone was there. Sadly no banana pancake for me. As a comfort I got to bananas for lunch with me. After saying goodbye to the Lucy crew we left with the bus to go to Guangzhou. It was 6… Read more »